skip to main | skip to sidebar

...and one year later, we returned to Mojopost. I'm writing the holiday letter, but in the meantime please enjoy ten of my favorite things here. I hope you like.

Don't Start None, Won't Be None

I Waited Four Years For This

The Back Forty of My Youth 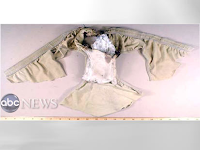 I had the flu once, and I had to throw out my mattress. Now I see how lucky I really am.

Umar the Underpants Bomber most likely burned his wiener off, but no one has said so. I can’t imagine he didn’t. We’re going to have to pay for his penis reconstruction, aren't we? I mean - we can’t just let it hang there. I wish Janet Napolitano could explain more.

This whole thing worries me. Not the terror part, because we can’t control extremists. It’s a fact we live with. No, what worries me is that some jerk is going to start packing tampons with plastic explosives. The fuse is already there! Or, what about a maxi-pad? You’ve seen the commercials – they can hold ten times their own weight of blue liquid. Plus, some brands have wings! If the terrorists ever get a clue about menstruation products, we are doomed.

Now what? Am I going to have to surrender my feminine hygiene products to the TSA? Those plastic bins are going to be full of mighty hell, is what I am saying, and I don’t care for it one bit.

Biggest Waste Of Time Ever 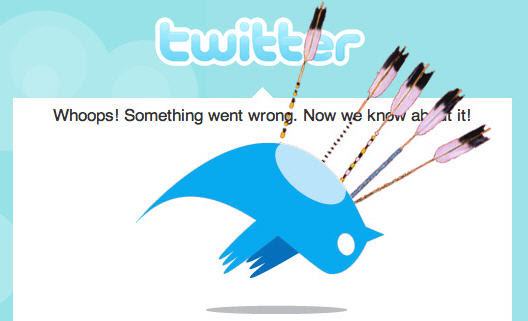 Twitter is soon to be as culturally relevant as a CB radio. It is a diversion from meaningful relationships, invented by Ashton Kutcher and Demi Moore, displayed in 140 characters or less (like this). #loser!

Hopey had a crappy summer (birthers, tea-baggers, and Cheney, oh my!). It got even worse when he won a Nobel Peace Prize. Rewarding the new kid too soon is always a bad idea. With the rest of his semester ruined, Pres. Obama will have no choice but to eat lunch with foreign exchange students in the cafeteria. Thanks a lot, Norway! 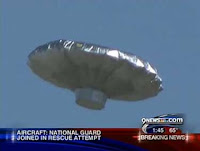 Epic Failure Of An Ill-Conceived Hoax

Everybody got sucked into the balloon, from NORAD to Wolf Blitzer. Everybody except for Falcon Heene, age 6. When it was discovered that Falcon's parents, Richard and Mayumi, staged the hoax to get a TV show, no one was more grateful than CNN. Every little drop of ratings juice counts!

We have never seen the reality program that used to feature Jon Gosselin, his ex-wife, Kate, or their eight children. But we do read the tabloids whenever we’re waiting in line at the grocery store. By all accounts, Jon is a middle-aged, balding chub who likes to put his penis into women other than his wife. When he is not putting his thing somewhere or another, he’s busy spending his children’s education fund on douchebag essentials like Ed Hardy shirts and hair plugs. 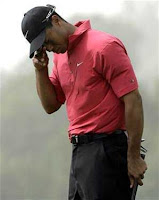 Most Likely To Fake Remorse

Perhaps you’ve heard the jokes by now. “He’s no Tiger, he’s a Cheetah!” or, “Tiger Woods hit a tree and a bunch of women fell out.” The world’s greatest living athlete will now attempt to be very sorry about having extra-marital affairs with plenty of women, but we know better. He’s just sad he didn’t use a disposable cell phone.

* The term “douchebag” is a recipient of the Most Overused Characterization by Whoopty Freakin’ Doo at an earlier ceremony. Douchebag will be retired, and remain locked in a case alongside of Sheeple, Fucktard and Repukelican.

Catching Up With Exclamation Points! 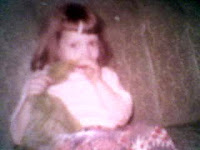 I have not blogged in a month! Maybe one or more of you wonder why! I'll tell you that and more!

I joined the Y to get my ass down to human size!

I got sick of cable news and politics! Keith Olbermann's noogies! Teabaggers! Balloon Boy! Liberal's fixation with Glenn Beck and FOX News - whatev! I've got better shit to do!

Blogging was taking time away from real-life adventures! Like bowling! And sobriety!

I got my mind on money and money on my mind! So I'm writing a book! It will have actual pages full of sentences to read!

I'm trying to find out what goes into a submission packet for late-night TV writers! Apparently, it is a giant secret! WTF! It's like trying to find a fat kid who DOES NOT smell like Burger King!

Also! The Bermuda Triangle is located off the coast of Twitter, between Facebook and a news feed icon! Unplug when the compass goes bananas!

That's what I'm up to! Hit me back, stranger! Have a happy day!


Jay Reatard - It Ain't Gonna Save Me 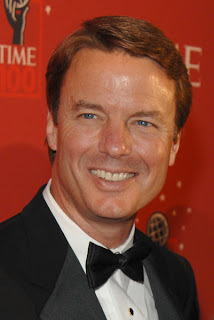 I spoke with Bret Michaels (Rock of Love, lead singer of Poison, douchebag) about dating on reality programs.

"For me, the experience was complicated by medical conditions I may or may not have. Finding the right women, who may or may not share these afflictions - burning, itching and whatnot - was a daunting task for the producers. Once we got everything in sync, I think we resolved my lack of depth with just the right amount of hair weaves, cleavage and Valtrex®."

"People said my show could not be real, that is was too much to believe. What is not real about women with acrylic nails and breast implants fighting for the love of a short and ugly, but rich and famous man? I mean - hello? Have you SEEN Ron Perelman? And he had Ellen Barkin, when she was hot. I rest my case."

I asked John Edwards if he's still waiting for his wife to die, so that he can marry his baby mother. Edwards had no comment.

Mojopo lives in Chicago and eats hot dogs from Costco.